Paul Rand: Modernist Design illuminates Rand’s role as a major figure at the epicenter of twentieth-century design. It examines Rand’s impact on modern communication practice and theory as well as his continuing influence on American visual culture. Simultaneously, it offers the design community the opportunity for dialogue about the role design fulfills in society.

The timeline began as personal exploration of Rand’s work and has become a prominent feature of the exhibit. It allows the viewer to draw parallels and make connections between design practices employed throughout his prolific career. I particularly enjoy the similarities in color, style and composition between his children’s books and corporate clients as the ultimate expression of his ‘play instinct’. 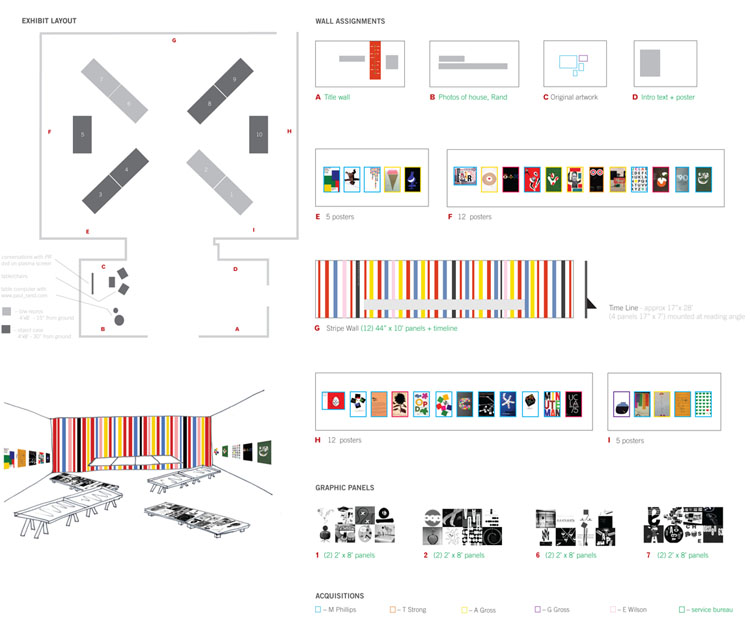 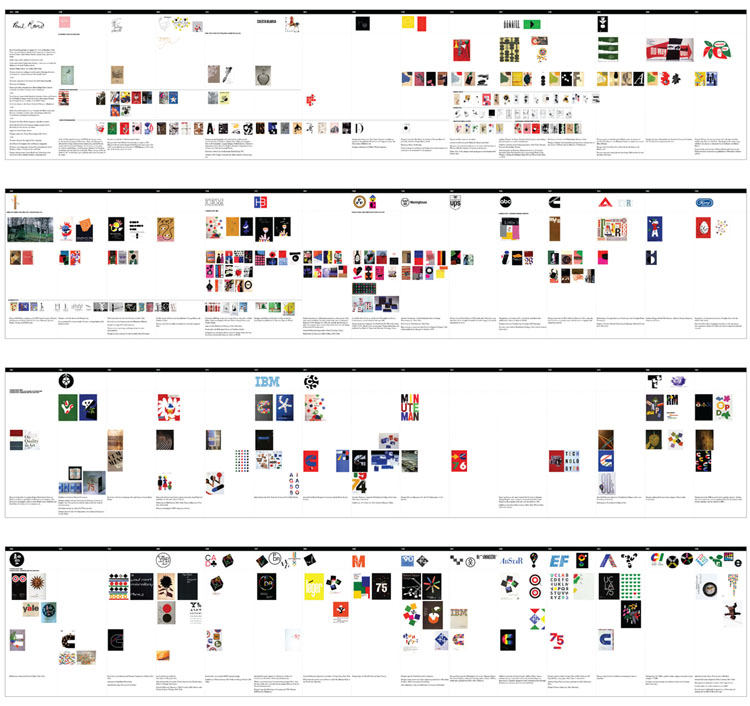